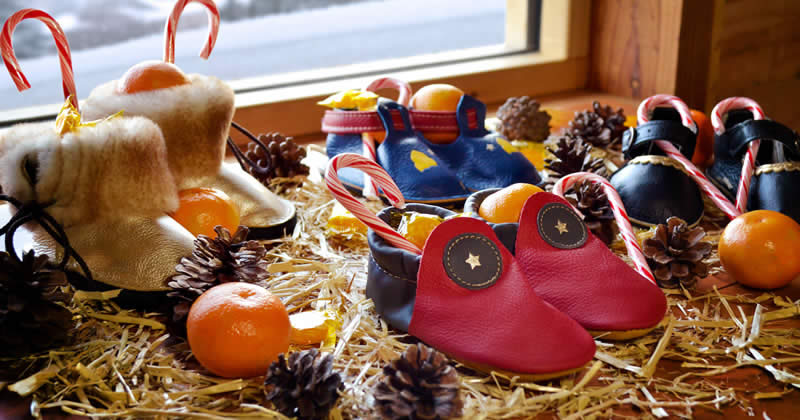 As shoemakers, we love traditions and lore that center around shoes. Saint Nicholas Day is one such tradition, and it’s coming up on December 6. This holiday has evolved into many modern-day forms, but the traditional custom is to set shoes out the evening before St. Nick’s Day so they’ll be filled with little gifts and treats in the night. (Bonus points if they’re Softstars!) It’s a sweet holiday about giving to others, and our owner Tricia loves to celebrate it with her kids.

The Origins of Saint Nicholas Day

Historians trace the beginnings of Saint Nicholas Day back to a bishop named Nicholas from the third-century AD in Europe. This bishop was especially known for his selflessness and care of the needy and sick and his generosity toward children. His wealthy parents died young, and Nicholas used his inheritance to help others in need. Many sources say he died on December 6 in AD 343 and that he was canonized as a saint within a century of his death. Over the years, his life spurred many tales and legends, and eventually traditions sprang up to celebrate him and his spirit of giving.

One legend says that St. Nicholas helped families in need of money by tossing bags of gold into their homes through an open window. In at least one case, the gold apparently landed on some winter shoes and stockings that had been laid out near the fire to dry. That led to the custom of children putting out shoes or stockings at night for Saint Nicholas to fill with gifts.

The figure of jolly ol’ St. Nick eventually morphed into the modern-day Santa Claus, which of course became affiliated with Christmas. But some families in Western countries still celebrate St. Nick’s day as its own holiday, especially in Europe. 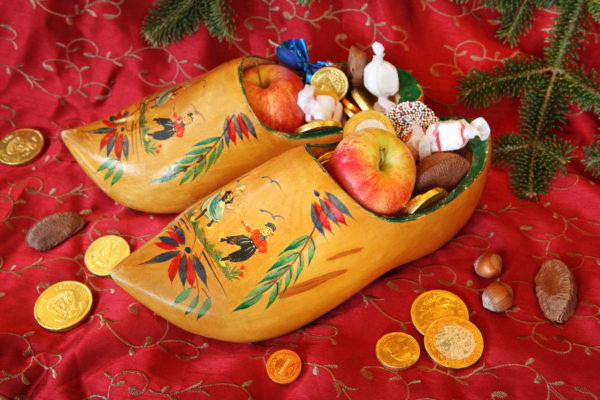 There are countless spins on these customs, and of course each family who wishes to celebrate this day can make it special and unique to them. While it’s originally a Catholic tradition, today Catholic, Protestant and secular families alike may take part in these customs. Here are some ideas from various cultures that participate:

If your family celebrates St. Nick’s Day, we’d love to hear about your traditions. Please comment below with your stories. If anyone out there takes a photo of Softstars filled with treats for this holiday, please share it with us! You can tag us in the photo if you share it on Instagram, or submit it to our Fan Photo contest!

Tags: family, Gifts, holiday, tradition & Saint Nick
Back to Blog
Blog Archive
Categories
About Softstar
Learn more about the Elves, our company and the shoes we make for healthy feet!
Email Updates
Follow Us
or
Continue with Google