A few years back, Margolis became dissatisfied with the conventional weightlifting shoes and orthotic inserts he had been using for training and competing, and he started looking around for alternatives. He now refers to his old footwear as the “numbing orthotics” he wore for way too long. After much shoe research and experimentation with many of the top athletic shoe brands out there, Margolis set his sights on minimal footwear. Specifically, he decided to switch to Softstar’s Dash RunAmoc. He started his transition in May 2015, and in time he realized that minimalist styles were the best weightlifting shoes for him, and that this type of footwear stands to offer a range of benefits to other weightlifters.

A Slow and Deliberate Transition to Minimal Shoes

Margolis shared his shoe journey with us, and he has continually stressed that any weightlifter or athlete looking to transition to minimal shoes should do so slowly and carefully to avoid injury and let their bodies adjust. “The adaptation might involve a lot more than people expect. The change in the way the unencumbered foot functions seriously alters how the rest of you works,” he says. “Whoever wants to go this route needs to be patient and give not only their feet but the entire rest of their body the time to slowly adapt to a very new situation.”

Below is a timeline from 2015 that Margolis shared with us showing how he personally approached this transition. He is quick to point out that a safe and slow transition over several months is important for preventing injury: 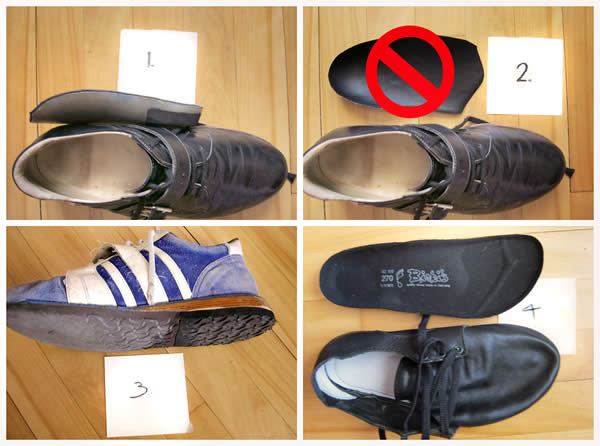 During this process, Margolis reduced his training loads and until he gradually came back to the weight he was lifting prior to the shoe transition. Along the way, he continued using his preferred Wharton Active Isolated Stretching method for increased range of motion, which he strongly recommends.

Margolis says his feet, ankles and knees actually adjusted most easily to the new shoes, but that his shoulders and lower back took a little longer to get used to the new dynamic—which goes to show how much footwear affects the rest of our bodies! He also said certain lifts were influenced differently by the change in shoes. “I found that movements like dead lifts or squats are easier to adapt to than the Olympic-style quick lifts, such as the snatch and clean-and-jerk, which require fast and demanding jumps and foot placement.”

In his experience, taking the time to patiently and smoothly transition was well worth it, and eventually led him to discover a whole host of benefits the new shoes provided.

Margolis told us weightlifting simply feels different in minimal shoes. He says he now experiences “foot feedback” when he lifts, which is something he never felt previously in his old shoes. Because of the much closer contact to the lifting platform, there is a positive “feel” of the platform as he pushes against it, then pulls and dives under the bar during a clean-and-jerk. He says it takes time to acclimate to this feeling and without question there is a difference in body mechanics, but for him it has been a positive change.

After several months of using his Dash RunAmocs, Margolis checked in with us to pass along a few progress updates. He says the leather insoles and outer Vibram soles used on our RunAmocs provide just the right amount of protection, the toe box is a nice width and the soles are the right thickness for him (his shoes feature our 2mm Vibram Street sole). He is also finding his old shoes to be laughable at this point! “Just for the heck of it, last week I tried to train in my old regular-type lifting shoes. Just not any longer doable,” he says. “I felt like I was wearing moonboots. It was a bit of joke. I was stumbling all over the platform, the movements awkward and clumsy.” 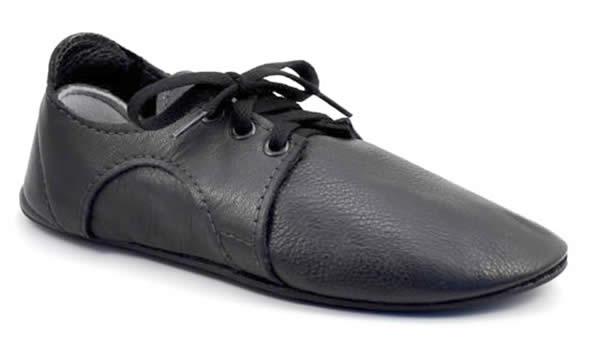 Margolis says that while it took a good bit of time to get his feet used to real minimalist work, they now do not appreciate any kind of conventional shoe at all, categorically refusing their confining form and space. He also says his feet have now spread in such a way that he couldn’t fit into his old trainers even if he wanted to do so. As we have talked about much on this blog, it is natural and healthy for our toes and feet to spread out when they’re unencumbered by restrictive modern shoes—just like nature intended.

“Once you have been able to adapt to minimalist shoes, it is a bit like wearing blocks when you try to go back,” Margolis says.